On the 1st  May the 2018 a new set of rental laws came into force in Thailand. In this article we will take a look at the impact the new rental laws have had and also take a look to see if they are they being adhered to:

Summary of the new rental laws in Thailand

The main aim of the laws are to provide more protection to renters in Thailand. Essentially, they are in place to ensure lease contracts are fair and to tighten up on bad practices such as overcharging for utilities like water and electricity.

News of the regulations first came to light on 16th February in the Royal Gazette that announced that they would come into force on the 1st May – leaving landlords with very little time to prepare.

Many landlords are angry as they feel that the new laws are grossly unfair. We will take a look at landlords’ grievances later on in this article.

Who is implementing the new rental laws?

The Office of the Consumer Protection Board (OCPB). They are a government agency attached to the Office of the Prime Minister. They are responsible for implementing the law. They can be contacted on +66 2 141 3437 or by email at [email protected] or there is a complaints contact form in English.

What are the fines? Under section 57 of the Consumer Protection Act it is stated that any business operators who fail to comply with the law may be subject to imprisonment not exceeding one year and/or a fine not exceeding 100,000 baht. Wirot Poonsuan (a practising attorney) wrote that the mentioned fines are PER LEASE VIOLATION. So in theory, 5 violations could result in 5 years jail time.

He also stated that owners could face class action lawsuits:

“Tenants who want to bring legal action can now band together to do so jointly to sue the same landlord and share in the amount of damages granted.” This could ease the burden on the tenant and give the landlord pause for thought.

Who does it affect?

It is important to note that these laws only apply to landlords that own 5 or more properties. Apartments are owned by one entity so, as most of these apartments contain more than 5 units, they are effected the most. Likewise, landlords who own more than 5 condos are also affected. Hotels and dormitories are excluded. The new laws classify landlords having more than 5 units as having a “residential lease business”, thus controlled by the Consumer Protection Board.

What are the changes?

There are a quite a few changes but the most important ones for consideration are:

These are the main changes – though there are a number of new laws aimed at protecting tenants. The law firm Tilleke & Gibbins have published full details of the law in English. (This is not an official translation). You can download the PDF here.

In truth, a fair bit of confusion! It was reported a few days prior to 1st May in numerous places that some apartments had actually lowered the utility bills – but only to replace the shortfall with a monthly maintenance fee. It was also mentioned that apartments could charge above government rates. OCPB deputy secretary-general Pikanes Tapuang said that, “…under the announcement, an apartment or a hostel owner cannot charge utility rates exceeding 20 percent” 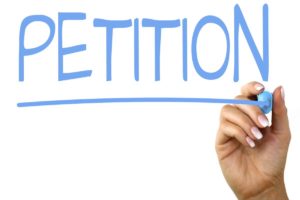 On 28th May 2018 it was reported that a 60 strong business group had filed a petition to the Premier at the Public Service Centre in Government House that urged him to cancel the new regulations.

In the same article, on the 28th May 2018, a few of the landlords’ grievances were highlighted. It was stated that: “It was impractical to follow the new requirement to charge no more than the electricity and tap-water fees charged by the authorities to the business…because an individual apartment’s monthly bill cycle date might not match the dates on the bill from power and water authorities.

If they abide by the new rule, landlords would carry this burden and so they could not adhere to the new regulation and would risk punishment”

Another major issue that has been passed to Rent Bangkok Apartments is that, as previously mentioned, tenants can now cancel long term agreements. Owners believe this can have an adverse effect on business and marketing planning and create additional costs such as room repairs whenever a tenant leaves early.

They also believe that the new laws overly protect tenants. The new rules that prohibit landlords from canceling a rental contract is unfair if they have problematic tenants causing distress to others being as they now need to give 30 days notice.

Are the laws being followed?

Over the past month we have contacted a number of apartments to see what changes they have made following the introduction of the new rules. It has become pretty clear to us that at this point in time not everyone is following the rules. Some are fully cooperating while many others have not made any changes at all. Some apartments have made some kind of adjustments that include increasing the rent, increasing or adding a management/maintenance fee or a new common area fee.

It’s still early days yet and we are yet to see if enforcement will be ‘strict’ or ‘lax’. For now however, it seems that many business owners are willing to carry on as usual. Time will tell and we will update this post when new information becomes available in the future.

Legal Disclaimer: Please don’t use the above information as legal advice. If you are affected by the changes in law/are unsure of your rights please consult with a qualified Legal Firm with experience in residential leasing.